GNOME Screenshot – How to Take Screenshots on Linux Desktops? 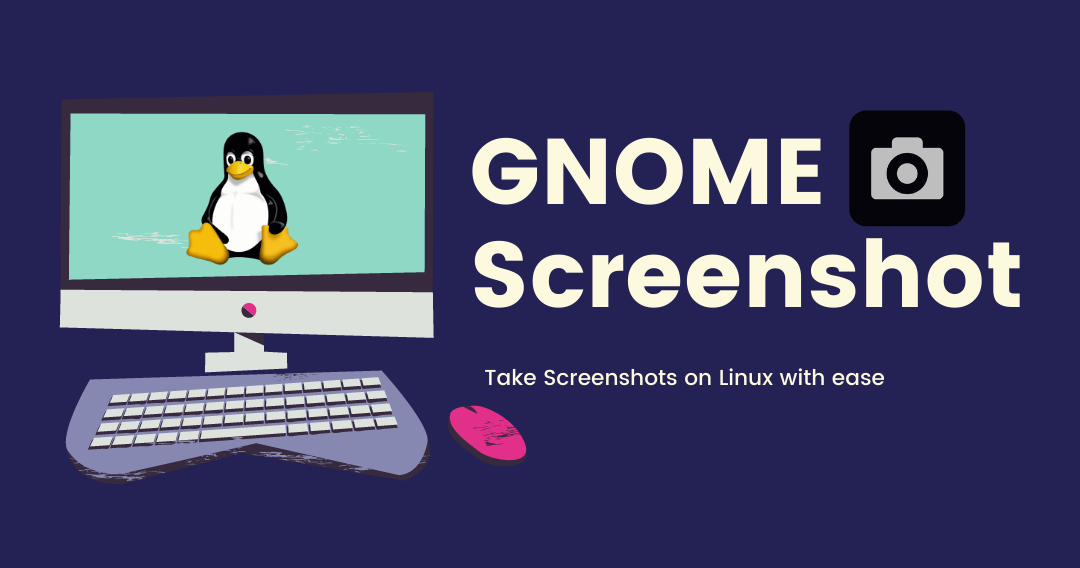 GNOME Screenshot is a built-in utility on GNOME desktops for taking screenshots. It is a powerful tool to capture the entire screen or specific area of the Linux screen. You can make use of the shortcuts to access the screenshot features quickly. Right from the GUI interface, you can select to grab the whole desktop, active window, or the specific portion of the screen. Apart from that, you can also choose to include various things like a mouse pointer, windows border, and effects. Along with the ability to storing the files locally, you can also share the screenshots via email or web.

While taking a screenshot, press the CTRL key to copy the screenshot to the clipboard. While using the keyboard shortcuts, the screenshots will be stored in the Pictures folder.

1. Select the System menu on the home screen and click Control Center.

3. Find and select the menu which labeled as Take a screenshot. Enter a new set of shortcut keys to free up the Print Screen Key.

4. Press the +Add menu and enter the following details on the respective field

7. Press the Print Screen key, and the shortcut will be assigned.

As we mentioned earlier, GNOME Screenshot is a pre-installed tool on GNOME desktops. If the tool is not available on your Linux computer, you can install it by using:

After installation, launch the tool by typing

If you’re a regular user of Command-Line, you can make use of it access the GNOME Screenshot features:

To screenshot the currently active window, you need to use -w option.

In order to capture the particular region of the screen, you need to use the -a option.

To delay the screenshots, you have to use the –delay option along with the seconds.

To capture the screenshot along with the border, you need to use the -b command.

To remove the border, you need to capitalize the b command

You can also save your screenshot to your present directory with a dedicated file name. For this, you need to use -file command

Instead of XXXXX, enter the file name that you want.

Despite not having advanced editing features, GNOME Screenshot is more than handy on Linux computers to take screenshots for basic purposes. If you want additional features, you have to look out for third-party screenshot tools. Try this tool on your computer and share your feedback below.