How to Take a Screenshot on Windows 7 without Snipping Tool 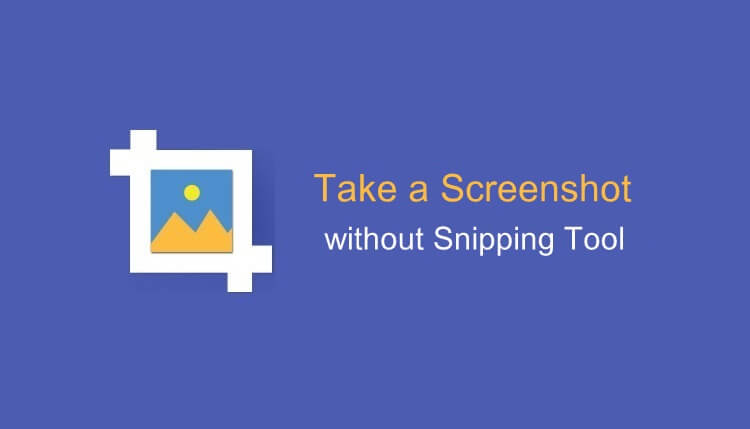 Apart from Snipping Tool, Windows 7 also has certain keyboard shortcuts that you can rely on to take a screenshot.

Screenshot the whole screen and save automatically

Windows also has a keyboard shortcut to screenshot the entire screen and save the file locally on your computer.

If the keyboard of your Windows 7 desktop or laptop is enabled with the Function key, press the Fn key + Print Screen key to take screenshots.

Use Third-Party Tools to Take Screenshot on Windows 7

If you want a screenshot tool with more editing features, you can rely on third-party apps. There are plenty of tools available online. Here, we have shown the top 3 tools that you can use on Windows 7 PC.

Greenshot: It is a freemium app for Windows desktops to screenshot important things on your screen. It lets you create and annotate screenshots with ease. On Greenshot, you can use the Print Screen key or assign any other key to take screenshots.

ScreenRec: It is the best screenshot tool for professionals and business people. By pressing ALT + S keys, you can snip your Windows screen. It also comes with several tools to edit the screenshots according to your wish.

ShareX: It is an advanced screenshot tool where you can upload the screenshots to 80+ destinations, including Dropbox, FTP Servers, Amazon S3, and many more. You can also use the ShareX app to take screenshots of a single long document in any app.

Most of the users have forgotten the build-in keyboard shortcuts to take screenshots on Windows 7 without using the Snipping Tool. Those shortcuts will also work on other versions like Windows 10, 8.1, Vista. You could access the above-mentioned third-party apps if you thought the built-in tool lacks advanced editing & sharing features.